I found a nifty service a couple of months ago - ShareAsImage - it lets you highlight any text on a webpage and turn it into an image. Nice, very useful, especially for me, as I have a site with a lot of quotes (Doodlie). The service is not free, but I found a way around - they have a “Publishers" section on their website, where once signed up, lets you turn text to image, but only on the site that you signed up with. Just what I need. 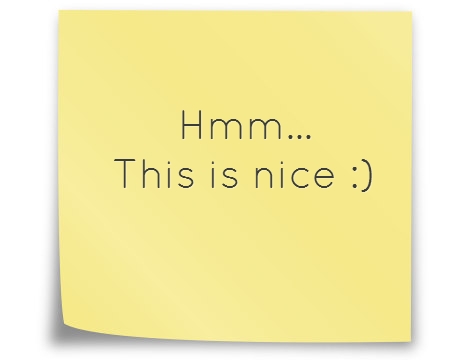 As you would expect, you have to complete the usual cut/paste-code routine for it to begin to work. However, much to my dissapointment, after signing up, I was not contacted by a member of staff in ~48 hours, as they have written on the site. Instead, I had to wait ~two months for them to get to me. And the apology they gave me was that they had a huge queue of publishers waiting , just like me. Anyway, after I got my cut/paste-code and put it on my website... yep, you guessed - it didn’t work! No, it wasn’t my fault this time (as it usually is) - it was theirs. The member of staff told me that they had some problem with jQuery, and that they figured it out in the end.

Yes, they did figure it out, and yes, after waiting for two months, the text-to-image service is working. Finally!

P.S. You can see it live in action at doodlie.me